Why International Religious Freedom Act is Deceitful and Hypocritical

Here is an excerpt from a letter written by Purnima Nath to the Steering Committee of the International Religious Freedom Roundtable in the United States. 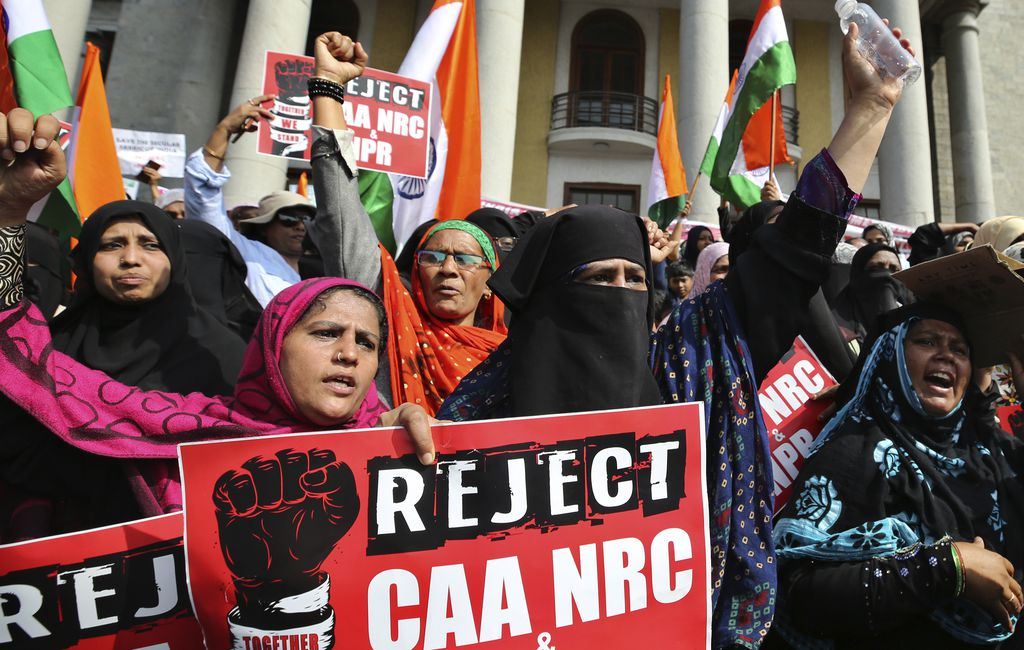 HISTORICAL FACTS ABOUT INDIA & HER NEIGHBORS

In 1947, a severe amputation of ancient India’s important regions occurred. Sindhu land of Indus Valley Civilization [Mohenjo Daro/Harappa] was given to Muslim League 2-state propaganda to create a separate Islamic state of “Pakistan”. India [Bharat] lost 8,22,000 sq. km of territory to Muslims then. ​India and Hindus respect and uphold democracy – BUT none of the 56 ​Muslim countries have the concept of democracy [it is simple supremacy]. With 1.38B people, India is the world’s largest democracy that carries a Muslim population of 250+ million (3rd largest Muslim population in the world), Muslims are living in India, even after 1947 India-Pakistan land separation when the Muslim League demanded and got a separate Islamic nation – WHY? You MUST know that the foundation of the partition was RELIGION – ISLAM and Islam’s supremacist demands of separate land. Hence the demand for Pakistan as Islamic State and India remains Hindu land.

Hindus never invaded any country. Hindus have exactly zero countries today when Islamists have 56 countries, about 1/3rd of the world. Besides, the majority are Christian countries today and some are Buddhists and there is one Jew country. Ridiculing and shaming India is a direct attack on Hindus. Humiliating Prime Minister Narendra Modi and attack on his government and India’s laws are a direct attack on every Hindu (regardless of where they are situated).

On the contrary, minorities enjoy lavish religious freedom, freedom of speech, and freedom of expression in India, and the proof is in their sheer growing population number. Muslims are given more subsidies and reservations in India. Remember, this is after India was broken and the land was stolen to create a separate Muslim country. 80% of Government scholarships were given to the Muslim population 2018-2019 [1.1]. India produced Muslim President, Muslim Ministers, Muslim leaders, Muslim celebrities from all walks of life (sports, arts, media, literature, politics, education, corporate, movies, music, and so on). Painting a political party, and Prime Minister Narendra Modi of India “Islamophobic” is a pure travesty. Can you name me ONE Hindu president, politician, bureaucrat, celebrity, in the Islamic State of Pakistan? I can name many successful BUT “THANKLESS” Muslims of India who were/are given massive FREEDOM in India.

India and the US are natural allies due to certain fundamental ideologies [democracy, freedom, capabilities, resources]. Although the United States is the oldest democracy, India is the world’s largest democracy. India remains far diverse and complex due to her ancient heritage, history, religions, a vast array of languages, and the substantial volume of large-scale population. The extent of the bias in this baseless propaganda is a grave attack on India and an assault on the Hindu majority by misrepresenting CAA dishonestly and deceptively.

Attacks on Hindus have increased multifold since 2014 after Narendra Modi government is elected [1.2].

If the IRF-RT is truly compassionate about the marginalized population, it is only fair that it recommends #CPC against the Muslim countries who are religiously persecuting non-Muslim-minorities on a daily basis, instead.

IF MUSLIMS ARE LIVING IN FEAR IN INDIA:

For lack of better word, Muslims certainly DO NOT have the freedom to attack the Hindus deceptively, turn India into Dar-Ul-Islam in order to fulfill their dream of #GhazwaEHind.

CAA is an amendment to the Citizenship Act of 1955 where both countries, India, and Pakistan, agreed to protect minority rights regardless of faith and religion. However, non-Muslim minorities in 3 neighboring Muslim countries [i.e., Afghanistan, Pakistan, Bangladesh] are tortured and slaughtered; young girls and women raped, abducted, forcibly converted, and married off to Muslim rapists; lost lands and properties [2.1] to Muslim mobs; Hindu temples, places of worship, and Hindu idols desecrated. Muslims defecated, urinated, and ruined Hindu idols and trampled on them to terrorize the Hindu community. How many Hindus were KILLED in Afghanistan, Pakistan, and Bangladesh [2.2]?

CAA is a humanitarian law that sheltered and expedited citizenships to 31,313 religiously persecuted non-Muslim refugee​s (Hindu, Sikh, Christian, Buddhist, Parsi) who ran away from these 3 Muslim countries for being non-Muslims. CAA is equivalent to the Lautenberg Amendment that passed in the United States of America in 2002 that shelters persecuted Jews that gave entry to 350,000-400,000 Jews into America from the Soviet Union. Should the U.S. overturn the 2002 Lautenberg Amendment and throw the persecuted Jews out of the United States?

It was an organized, planned, and foreign-funded propaganda, aligned with President Donald Trump’s India visit for international attention, by anti-India anti-Hindu forces, against the Hindus. The Muslims orchestrated the Delhi RIOTS. Organized by mastermind Muslim politician of Aam Aadmi Party (AAP) Tahir Hussein [3.1], who mobilized the mobs with Umar Khalid and Khalid Shaifi. Investigators found a massive amount of stones, petrol bombs [3.2] in Hussein’s residence [3.3], established a connection to Islamic preacher Zakir Hussein (absconding in Malaysia spewing venoms against Hindus) & terror funding through Islamist group PFI (Popular Front of India) [3.4]. Delhi riot was a terror script to uproot the elected government of Narendra Modi. India has elections, and people vote (unlike the United States of America, India is still maintaining the largest democracy). United States has NO authority to dictate other democracies. Why does IRF-RT support terror?

The malicious allegation against the Hindu community for defending their land, people, faith, and heritage, is monstrously disingenuous.  This defective recommendation by 2 Muslim organizations has clear Islamic agenda. This attack unfairly and strangely targets the democratically chosen Prime Minister Narendra Modi and a political party of India. This is highly irresponsible, troublesome, and erroneously foolish of IRF-RT.

BBC was recently banned in China for pushing anti #CCPChina propaganda and FOR LYING (according to #CCPChina State). India did not ban BBC, nor any western liberal media, even if they are lying. Reuters, BBC, New York Times, Washington Posts, Huffington Post, and so on continue to push propaganda against Hindus and India. The audacity of their lies is beyond misleading and fraudulent. Please do not lecture Hindus and India on morale, ethics, and tolerance.

4) #Jihad – The Holy War Against Non-Muslims/Non-Believers

Hindus are paying the price of being “Hindus” with their blood for 1000s of years. Hindus lost rich civilizational land, temples, men/women/children & their livelihood. Hindus continue to lose everything and are living under constant threats.​ #LoveJihad #LandJihad #EducationJihad #EconomicJihad…in essence #Jihad (holy war against non-Muslims/non-believers) against Idol-worshiper worthless Hindus and India, in general.

Have you seen the Muslims hiding their identity to trap Hindu girls [4.1]? Luring them in #LoveTrap, then marrying, then impregnating, then pressuring to convert, then trashed HEADLESS IN SUITCASES? Or burnt? Or hanged? Or stabbed? Or acid thrown in the face? Or limbs chopped off? Or dismembered? Body thrown off in the drain, dumped, and drowned? WOULD YOU LIKE ME TO SEND THOSE GRUESOME PHOTOS TO YOU?

The latest Hindu girl kill was not carried by any western liberal media corporates. These are everyday news and there are many cases like this – not reaching the western liberal babu(s). The liberal western media refuse to carry this news. Do you know why? Because Hindus are not complaining to you. Hindus are not burning communities. Hindus are not causing riots. Is this how you call yourself civilized society [4.2]? Hindus have been tolerating this non-sense of Islamic supremacy for centuries.

Democrat politicians and city councils in the United States of America had been constantly meddling with India [influenced by special interest groups (SIGs)] with multiple areas of laws such as CAA, Kashmir 370 Abrogation, Shaheen Bagh aka Delhi riots, Farmers’ riots aka Khalistan separatist movement, propelling falsified narratives and misinformation about India, her sovereignty, her laws; and passing stupendously inaccurate (and absolutely outside the territory) resolutions against the government of India. Democrat City Councils have PURPOSEFULLY overlooked facts and truth; and passed colossally faulty, divisive, harmful, superfluous, and cosmetic anti-India anti-CAA resolutions. This is incredibly damaging to India-US diplomatic relationship, and insulting the sentiment of the broader peaceful, tolerant, and accepting Indian-American communities, as well as creating rifts between communities.

Since the Democrat city councils and politicians meddled with laws of a sovereign country for which you have no knowledge or jurisdiction, as a legal citizen and contributor to the United States, it is my responsibility to educate you with historical facts. It is time to remind you that your action is hypocritical. Additionally, no country possesses any authority of passing judgment or interfering in the internal affairs of a democratic republic, let alone a small city council with a fraction of the population that wants to feed its member’s political ambition.

Directly, we are witnessing the HINDUPHOBIA propagated through the liberal academic institutions of the United States. For instance, Rutgers University, New Jersey. Liberal LEFT Professors are being protected and paid to spew venom against the Hindu community and attempting to malign Hindu people, ethos, and heritage. Organizations such as Indian American Muslim Council (IAMC) are involved.

CONNECTING THE DOTS BETWEEN THE PROPAGANDA, THE REALITY, AND THE HYPOCRISY:

I hope by now you have gotten a bigger picture of the untold story:

Why is it that IRF-RT is pushing fake humanitarian lies against India without focusing on the root cause of the real persecution(s)?

IN THE FINAL NOTE:

I strongly urge, the IRF–RT to reject outright such prejudiced, partial, baseless, and distorted propaganda against religiously persecuted non-Muslims (non-believers of Islam), HINDUS & INDIA (world’s largest democracy India). I urge you to stop insulting Hindus and ridiculing the oldest-living-civilization ethos. This act is a straightforward violation of the basic human rights of life, freedom, liberty, and expression. IRF-RT is not serving the true cause of religious freedom; instead fluttering its wings hypocritically in the tune of Islamic propaganda, in the name of religious freedom. Has the purpose of this organization become appeasement of ideologically supremacist Islamist Muslims who clearly are NOT minority?

There are ~830 million Muslims living in Afghanistan (~38 mil), Pakistan (~200 mil), Bangladesh (~150 mil), and India (~250 mil) region, i.e., more than double the population of the United States of America in a fraction of an area. Here I have not even counted the Muslim population of ~2 mil in Sri Lanka, ~1 mil in Burma (now Myanmar), and ~600,000 in Nepal. ISLAM (and Muslims) IS NOT MINORITY IN THE SOUTH ASIAN REGION. In fact, Islam is taking over South Asia. Unfortunately, India and Hindus are the major targets. Hindus may be in majority in number in India. HOWEVER, Hindus are not proselytizing, killing, beheading, burning, chopping, raping, spiting, belittling followers of other religions, that includes Abrahamic religions [who considers Hindus as non-Human, and unworthy of life]. Hindus did not invade any country nor are trying to establish supremacist Hindu ideology. Please reconsider your decision. There will be a severe repercussion of global consequence on your ill-informed and wrong actions. Let us address the prime issue.

I look forward to an opportunity to work with you to address the root cause of this vicious propaganda against India and Hindus. Islamic terrorism is more than a national threat – it is a global threat, a real pandemic that terrorized the entire world for 1400+ years. It is time to address the REAL PROBLEM. I sincerely hope you will be open to addressing this massive global threat to the entire mankind. Look forward to hearing from you. Thank you. 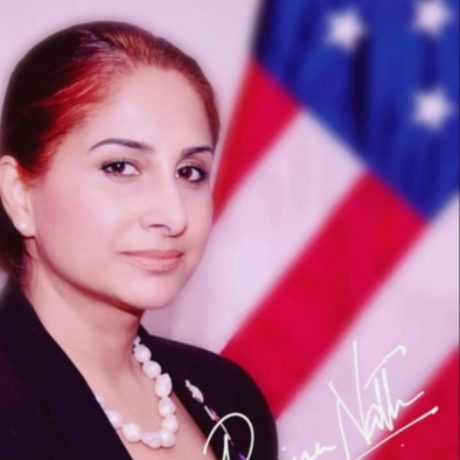 An Indian-American entrepreneur and a community leader recently ran for public office Milwaukee County Executive in Wisconsin. She is an Engineer, strategy and management consultant and she obtained her MBA from prestigious Northwestern University. She is the founder of Spindle India, Inc., and creator of IndiaFest Milwaukee in State of Wisconsin. Purnima writes on various topics including management, global issues, politics, policies, philosophy @PurnimaNath www.NathPurnima.com www.PurnimaNath.com