Read this fascinating account of a scientist’s exploration into reincarnation. Do we really need any more proof about reincarnation? 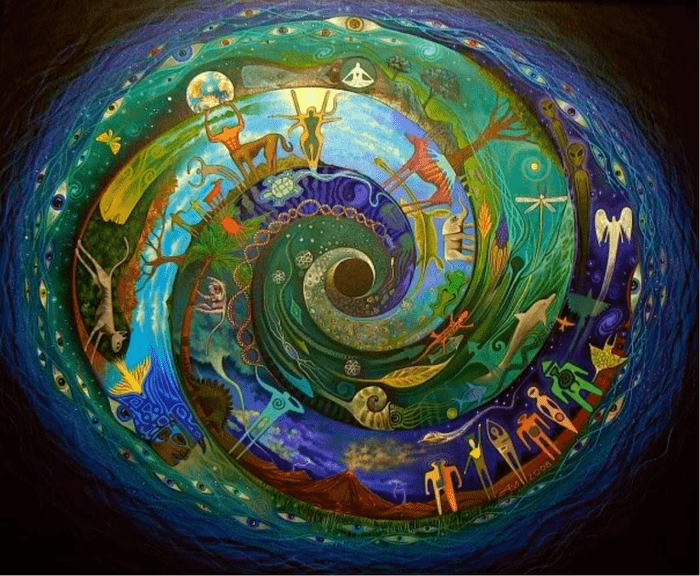 The story of this research at the University of Virginia begins in 1958. By any standard, Dr. Ian Stevenson had achieved a successful academic career at that point. After graduating at the top of his medical school class at McGill University, he had initially studied biochemistry before becoming interested in psychosomatic medicine, the study of the connections between emotions and health. He had written extensively, almost always in medical journals but several times also in Harper’s Magazine and The New Republic, and by 1958, he had seventy publications to his credit. A year earlier, he had become the chairman of the Department of Psychiatry at the University of Virginia, at the unusually young age of thirty-eight.

Along with these accomplishments, Dr. Stevenson was interested in paranormal phenomena-ones beyond current scientific explanation. When the American Society for Psychical Research announced a contest in 1958 for the best essay on paranormal mental phenomena and their relationship to life after death, he submitted the winning entry, entitled, “The Evidence for Survival from Claimed Memories of Former Incarnations.” In this essay, he reviewed forty-four cases that had previously been published of individuals from various parts of the world who had described memories of previous lives. The reports came from a number of sources – books, magazines, and newspapers. Almost all of the most impressive cases involved children who were under the age of ten when they first reported the memories, and in many of them, the children were three years old or younger.

Dr. Stevenson was struck by the pattern of children from very different places making similar statements about past-life memories. As he said later, “These forty-four cases, when you put them together, it just seemed inescapable to me that there must be something there.” He ended the paper by saying that the evidence he presented did not permit any definite conclusion about reincarnation, but he felt that more extensive study was justified.

After the paper was published in 1960, Dr. Stevenson began to hear about new cases. After learning of four or five cases in India and one in Ceylon (now in Sri Lanka), he took a trip to investigate. Once he got to India, he was surprised by how many cases he found. In four weeks, he investigated twenty-five cases. Likewise, he visited Ceylon for one week and found five or six cases. He concluded that children reported memories of previous lives much more frequently than anyone had previously known.

One person who read Dr. Stevenson’s essay was Chester Carlson, the inventor of the photocopying process that formed the basis for the Xerox corporation. His wife, Dorris Carlson, had gotten him interested in parapsychology. After reading the essay, he contacted, Dr. Stevenson to offer financial support. Dr. Stevenson initially declined the offer, because he was busy with his other work, but as he collected more cases and became increasingly intrigued by what he found, he accepted funding support from Carlson.

In 1966, he published his first book on the topic, Twenty Cases Suggestive of Reincarnation. Dr. Stevenson had worked hard to verify independently what the twenty children had said and how well their statements matched the lives of the individuals the children were thought to remember. The book consisted of very detailed reports of cases from India, Ceylon, Brazil and Lebanon that included lists of every person Dr. Stevenson interviewed about each case, along with lengthy tables in which each of the child’s statements about a previous life was listed along with the informant for that statement and the person or persons who had verified that the statement was correct for the life of the deceased individual. Dr. Stevenson presented the cases in an objective, evenhanded manner, and he discussed their weaknesses as well as their strengths.

A number of journals, including the prestigious American Journal of Psychiatry, gave the book positive reviews, with reviewers often noting Dr. Stevenson’s painstaking work and objectivity, and it has continued to be well regarded over the year because of those features.

With the help of assistants, Dr. Stevenson was soon finding cases in a number of countries, and he made trips to India, Sri Lanka, Turkey, Lebanon, Thailand, Burma, Nigeria, Brazil, and Alaska. After publishing Twenty Cases, he also began to learn of occasional cases in this country.

With Carlson’s funding, Dr. Stevenson was able to step down as chairman of the Department of Psychiatry in 1967 to focus fulltime on his research. The dean of the medical school, who did not approve of the work, was happy to see Dr. Stevenson step down, and he agreed to allow the formation of a small research division, now known as the Division of Personality Studies, where the work would take place.

The following year, Chester Carlson died suddenly of a heart attack. Since the division was dependent on Mr. Carlson’s funding in order to operate, Dr. Stevenson assumed that he would have to try a return to more routine research. Carlson’s will was then opened, and he had left one million dollars to the University of Virginia for Dr. Stevenson’s work.

At that point, controversy broke out regarding whether the university would accept the money, given the unusual nature of the research. Universities are not in the habit of turning down million-dollar gifts, but the situation clearly made some people uneasy. The University eventually did decide to accept the money since it had been given to support scholarly work, and the work continued.

Dr. Stevenson wrote more books about the cases, and these continued to be well received by at least some in the field. In reviewing one, Lester S. King, the Book Review Editor of JAMA:The Journal of the American Medical Association, wrote that “in regard to incarnation (Stevenson) has painstakingly and unemotionally collected a detailed series of cases from India, cases in which the evidence is difficult to explain on any other grounds.”He also added, “He has placed on record a large amount of data that cannot be ignored.”

In 1977, the Journal of Nervous and Mental Disease devoted most of one issue to Dr. Stevenson’s reincarnation work. It included a paper by Dr. Stevenson and commentaries on it from several others, Dr. Harold Lief, a well-respected figure in the field of psychiatry, wrote one of the commentaries. He described Dr. Stevenson as “a methodical, careful, even cautious, investigator, whose personality is on the obsessive side.” He also wrote, “Either he is making a colossal mistake, or he will be known… as ‘the Galileo of the twentieth century.”

Dr. Stevenson gradually got others interested in investigating cases. Satwant Pasricha, a psychologist in India, began assisting Dr. Stevenson on the cases there, and she continues to research them today. Erlendur Haraldsson, a psychologist at the University of Iceland who had a long history in experimental psychology, became interested in the cases in the 1970s, and he has studied them ever since. Antonia Mills, an anthropologist who received her Ph.D. from Harvard, began assisting Dr. Stevenson on cases in northwest North America, and she has since investigated cases independently there and in India. Jurgen Keil, who investigated Kemal’s case in the Introduction, is a psychologist at the University of Tasmania who was able to establish new contacts in Turkey, Thailand, and Myanmar in order to study cases in those locations. In addition, he and I made two trips to Thailand and Myanmar to study cases together, and I will be describing some of those later in the book. Dr. Stevenson investigated most of the cases from Asia that I will discuss, and the end notes at the back of the book list the references for his detailed reports of the cases.

He became particularly interested in cases in which a child was born with a birthmark that matched a would on the deceased individual. He believes in strength in numbers, so he held off publishing any of these cases until he could publish a series of them in a book. After several delays, he published Reincarnation and Biology: A Contribution to the Etiology of Birthmarks and Birth Defects in 1997. The work is massive – 2,200 pages long in two volumes – and it includes detailed reports of 225 cases along with pictures of the various birthmarks. Dr. Stevenson published it as he approached his eightieth birthday. Though Reincarnation and Biology in some ways represented the culmination of his decades of work, he was still not done and continued to write and research cases.

I came onto the scene in 1996, and I eventually left my private practice in psychiatry to pursue this research. Recently, I have been focusing on American cases. Though they are harder to find here, American cases occur without the cultural factors that some critics hold responsible for cases in other parts of the world. I will use a number of these American cases to illustrate the various aspects of the experiences. When I do, I will change the names of the children and other identifying details. I will do so for the international cases as well unless a case report has already been published that used the child’s real name.

As for Dr. Stevenson, he has continued to show enthusiasm for the work. He retired in 2002, perhaps with a reluctance that few people in their eighties would feel toward retirement, partly to focus more on his writings but also to spend more time with his wife Margaret. He had talked about cutting back on the research trips for years but had failed to do so. Even after he retired, he took one final “final trip” to India. Margaret once said that she did not mind his taking the trips, but she wished that he would stop referring to each one as the last. He wrote yet another book in 2003 – European Cases of the Reincarnation Type – and continued to work on other papers and book projects. His publications now number more than 290.