The Case of Yoni in a Dargah

In a curious case of destruction of Hindu heritage which is often presented as an example of syncretism of Hindu-Muslim culture, this article at Indic Varta tells a case study of how Hindu heritage is first destroyed and then digested into the fairy tale of ‘composite culture’. 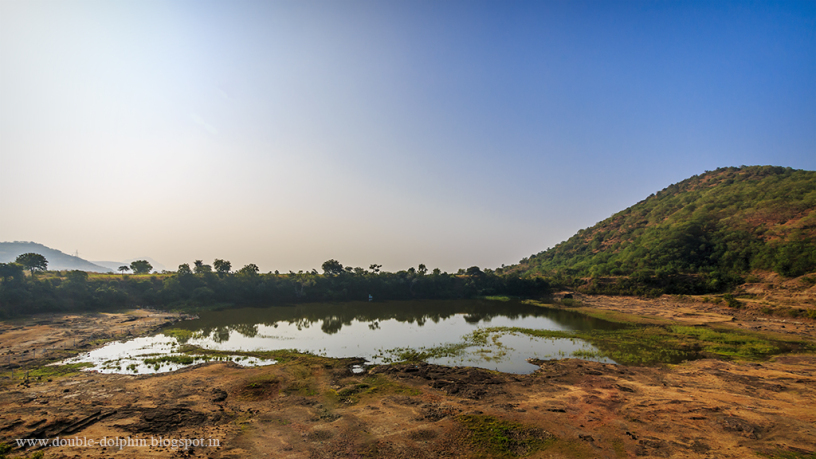 This is the story of a classic case of the rape of Hindu culture, and the destruction of Hindu heritage at the hands of Islamic invaders. The Yoni that is seen in the picture is the remnant of the former Shiva Linga in a Shiva temple in this former great capital of the Yadavas, Devagiri, which is now called Daulatabad, the city which was destroyed many times over and which became the capital of the Delhi Sultans for a brief period of time, under that ugly pig Muhammad bin Tughlaq.

Devagiri, the glorious capital of the Yadavas was destroyed earlier by many Sultanate kings but it was leveled to the ground, its temples desecrated, destroyed and ground in dust by Muhammad Tughlaq when he moved his capital to Devagiri briefly. He named the city Daulatabad and the name stuck and is still in use.

The story of its destruction is long and painful, but not to be covered here in detail, as this article is written to tell another very important story. Proceeding towards Khuldabad from Daulatabad, about ten kilometers from the capital of Yadavas, there is a Dargah near a lake, the lake is called Pariyon ka Talab (The Lake of the Fairies).

The Sufi Dargah under discussion here of Sheikh Shah Jalaluddin Ganj-e-Rawa has a legend associated with it. It is said that women who have difficulty conceiving come here for his blessings and their problems are solved. Before we dismiss this as a charade, we should pay attention to another important story.

Right next to this Dargah is a lake called Pariyon ka Talab, which is most evidently a later name. Near the lake there are obvious signs of destruction of the Hindu temples, as the remains of many temples can be seen. The strange structures of some tombs show that they are built with the spolia of the former Hindu temples.

The important part is that this lake is also associated with the same legend and it is said that even before the Sufi came, women who had difficulty in conceiving and who took bath in its waters would find themselves blessed with children.

This is most clearly a case of not just the destruction of Hindu temples, heritage and art, but also a case of appropriation of the therapeutic, spiritual and legendary aspects of the place. The legend and the miraculous powers that were associated with the lake were then transferred to the Dargah of the Sufi. The Sufi and the Muslim kings who destroyed the temple were clever enough not to destroy the lake too and instead built a Dargah on the ruins of the Hindu temple, and appropriated the legends and the powers associated with the Hindu lake nearby, also renaming it in the process.

Here is the recipe:

For this is how the place is presented now: “that how the tolerant Muslim culture actually allows and accommodates Hindu crowds by letting them partake into Islamic spirituality.”

An example of genocide of Hindus, and a case of civilizational and cultural rape of Hindus by Islamic culture is instantly transformed into a case of Islamic magnanimity.

Can things be more perverted? Can we deceive ourselves anymore?

One would think that at least this will open the eyes of the Hindus and they will understand their true history. But if you think that this is the limit to which the Hindus can deceive themselves, here is an example which will show you that they can achieve even more.

A very clear example that this Dargah is built by destroying Hindu temples can be seen right in the courtyard, visible in the pictures. There is a Yoni, a leftover of the Islamic destruction of the Hindu temple and the Shiva Linga in the garbhagriha. The Linga, the Ishvara is long gone, as can be seen from the hole in the Yoni, but the Yoni still remains.

The legends associated with the Dargah say that many kings and the Muslim residents of the place tried to uproot it many times but were unsuccessful. It is believed that the powers of the place are tied to this Yoni and would disappear if it is removed. (It seems appropriate too, as the place is connected to granting fertility, which the Yoni signifies in many ways quite appropriately.)

Here comes the Dhimmi part of the story. Even after so many clear signs that the place was a Hindu one which was destroyed and converted forcibly into a Dargah, many Hindu visitors today do not all attribute this to Islamic destruction, but to the ‘syncretism of Islam’ which ‘allowed and accommodated Hindus’. Scholars almost never explain this example of destruction of Hindu heritage.

The next time you pass along this place, don’t forget to visit, to click pictures, to share this story of how Hindu culture was destroyed and how Hindus were made Dhimmis, forced to believed that it was actually the other way round and this was a case of Islamic magnanimity and ‘syncretism’.